Auxiliary members need to supply a copy of DD-214 discharge papers for the relative through whom their eligibility is established.
The DD-214, officially “Certificate of Release or Discharge from Active-Duty,” but generally referred to as a DD-214, is a document of the United States Department of Defense, issued upon a military service member’s retirement, separation or discharge from active-duty military. Learn more about DD-214 requests.

Meetings are held the 2nd Tuesday of each month at 7:00 pm. 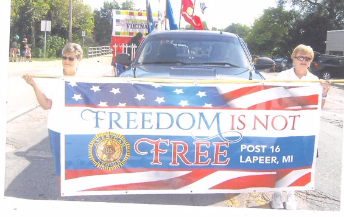 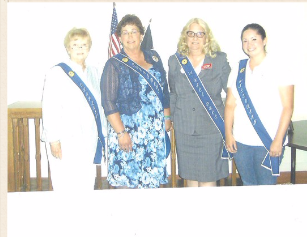 Executive Board:      All Auxiliary Officers

The Poppy Story and The American

A bloody battle was fought during World War I in a region called Flanders. The area in France was completely devastated. In the spring of 1919 the poppies still bloomed among the ruins and where the men had fallen in battle. The memory that the soldiers brought home was that of the poppies blooming in the field of blood. The poppy became a symbol of sacrifice of lives during the war and represented the hope that none had died in vain.

In October 1921 at the Organizing Convention of the American Legion Auxiliary, the poppy was adopted as their Memorial Flower. At the time the Auxiliary pledged 100% of the profits from the poppy distribution to be used for servicemen and servicewomen and their families.

The first poppies, made of silk, were made by French war windows and orphans. When the cost became too expensive, the Auxiliary had to find another way of getting them. The first American – made poppies were made by veterans in Minnesota hospitals and were made of crepe paper. Today all poppies are made by veterans in poppy shops, maintained and administered by the Auxiliary volunteers. The shops are organized in co – operation with the VA Medical Centers and other veteran facilities. The material for the poppies is furnished free by the Department in the state where the facility is located. The workers receive pay for each poppy they make.